I saw a video on Twitter about a new scoreboard for Western Hall. It looked like the same scoreboard to me but with different color lights. So does anybody know if it is actually a whole scoreboard or just new lights?
Top

meganeck wrote: ↑Wed Oct 23, 2019 11:42 am I saw a video on Twitter about a new scoreboard for Western Hall. It looked like the same scoreboard to me but with different color lights. So does anybody know if it is actually a whole scoreboard or just new lights?

I posted the tweet over in the men's basketball section of the message board: https://www.leathernecknation.net/forum ... 647#p28647
But yeah, I don't see a huge difference. Looks like maybe they have LED-powered lights now? Would use less energy, be brighter, and should last longer...so I guess it's technically an upgrade.

I was hoping that when we did an upgrade to it, we'd be able to go with something of a video board-style. Not giant, but, for example, here's what Western Michigan's looks like:

Here's what our old one looked like, for reference: 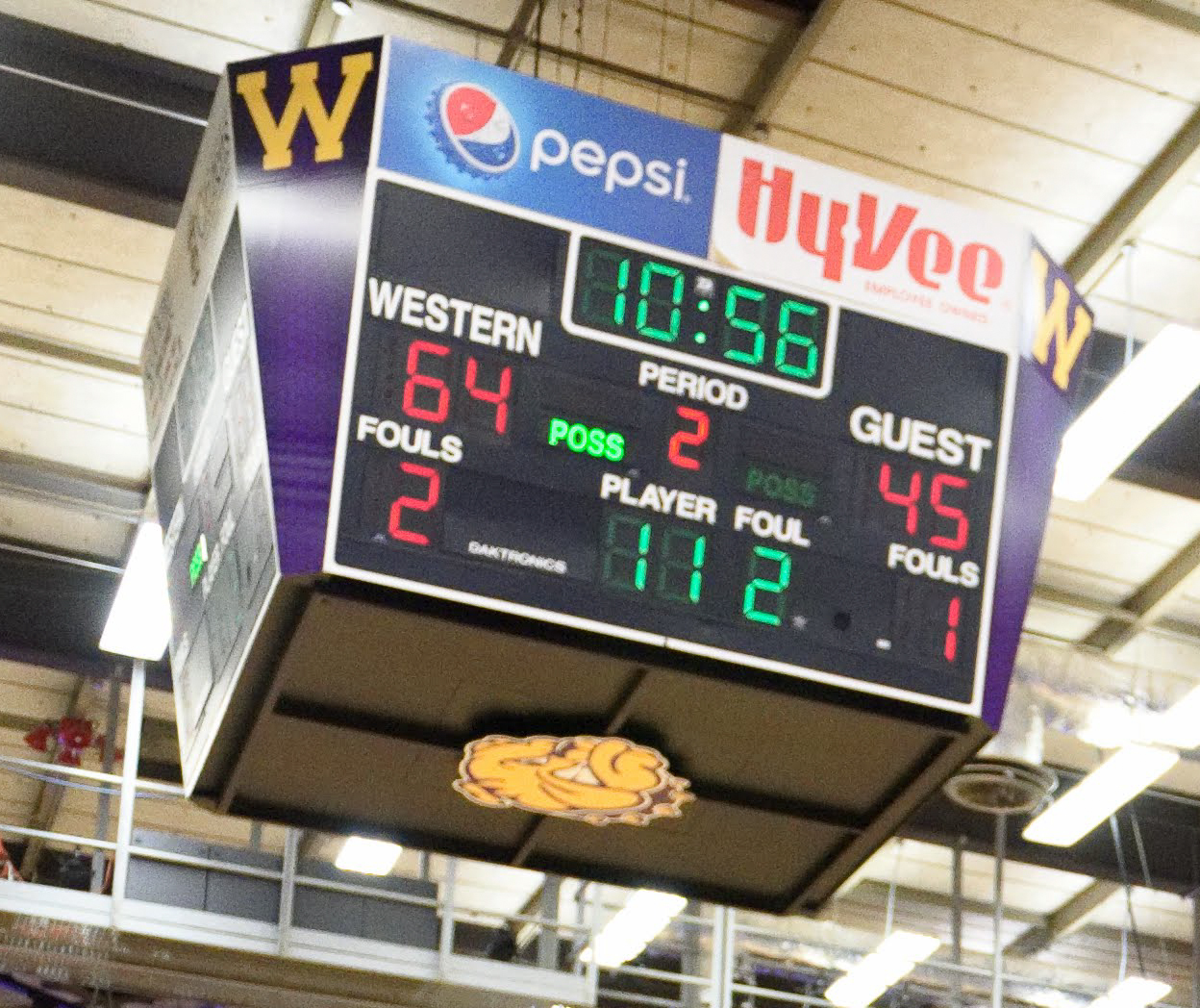 And here's a still of the new one, for comparison: 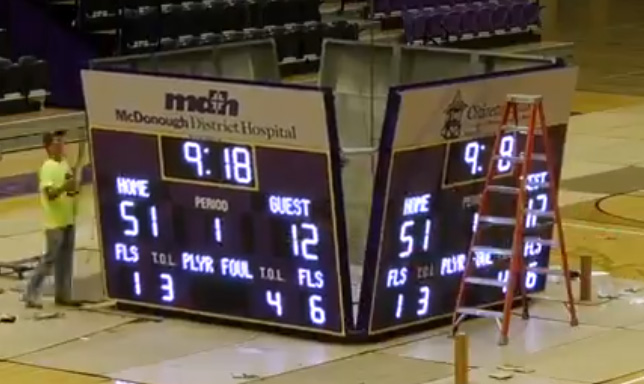 The new scoreboard has TOL for Time Outs Left. That is new.

Plus, it looks like the name of the teams can be changed--like the Hanson Field scoreboard--instead of just having "Home" and "Guest".
Top

Scott, thanks.. sorry i didn't see your post in the MBB section.

Also for comparison, here's what our conference-mates have. To be fair, some of these are multi-purpose facilities in much larger metro areas, and some are the schools primary hockey arena...at a school where hockey is a WAY bigger sport than basketball. Also, this isn't a commentary on the size of the arena obviously...Western Hall can be amazing when it's packed and we obviously don't need anything bigger at this point...just talking about the scoreboard/video board situation here.

Anyway, here's what our team sees when they go on the road in the Summit League: Fort Wayne (leaving after this year, also arena is municipally-owned, not school-owned). This photo also looks about right in terms of people attending their games too. 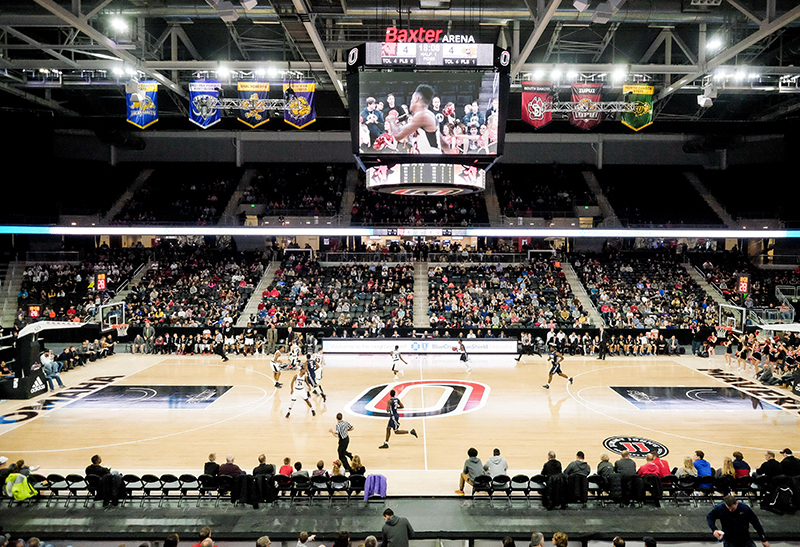 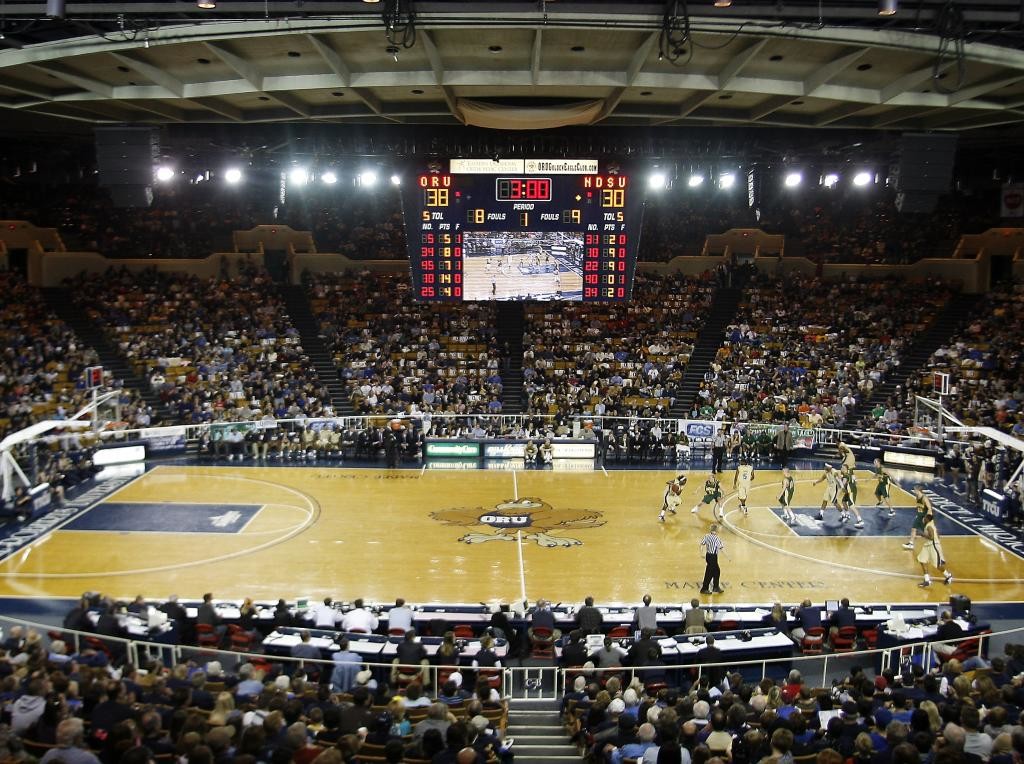 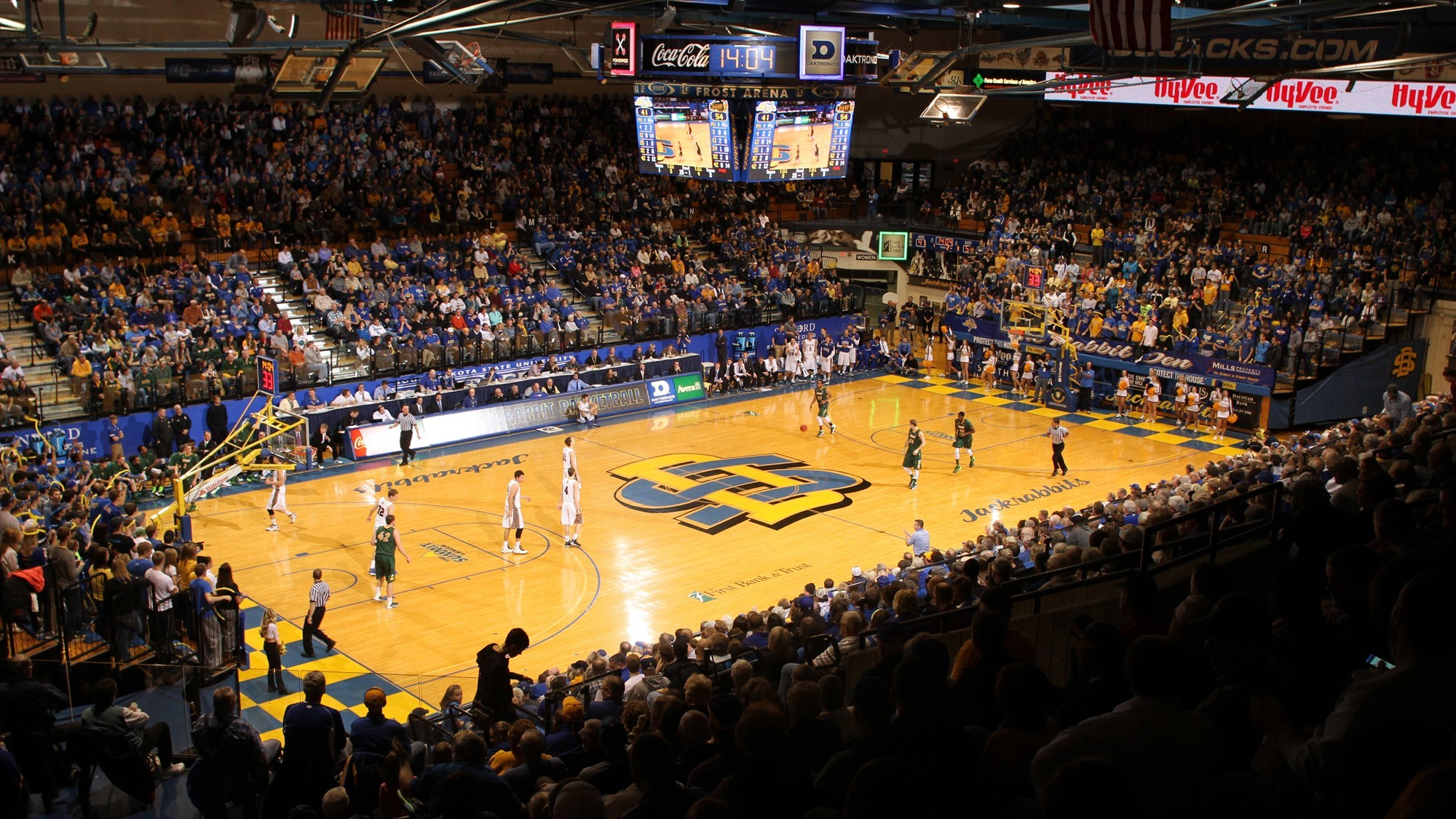 South Dakota - has nothing in the middle but video boards at the ends and video "strips" around the entire arena...was just opened in 2016. Now, to be fair, I think there's "worse" places in the Summit League than Western Hall...

UMKC (rejoining next year) just brought all their basketball back to the on-campus Swinney Recreation Center, which looks like a cross between our Rec Center and Brophy Hall, with some temporary bleachers pulled up (kinda like we do when volleyball games are in Brophy), but they did upgrade the displays this fall: https://www.sportsvideo.org/2019/06/07/ ... -displays/

UND has an absolutely beautiful arena in "The Ralph" Ralph Engelstad Arena...but that's reserved for only hockey. They play their basketball in "The Betty" Betty Engelstad Sioux Center, which looks nice, but doesn't have video boards.

Also, for reference, the likely future new Summit Member, St. Thomas, currently plays in a smaller arena, but one that looks like one of those small old gyms where the fans are practically on top of the action. They do have one video board visible from most of the arena. I also haven't heard if they plan on still playing basketball at their Schoenecker Arena, or if they plan on moving it to a larger location. 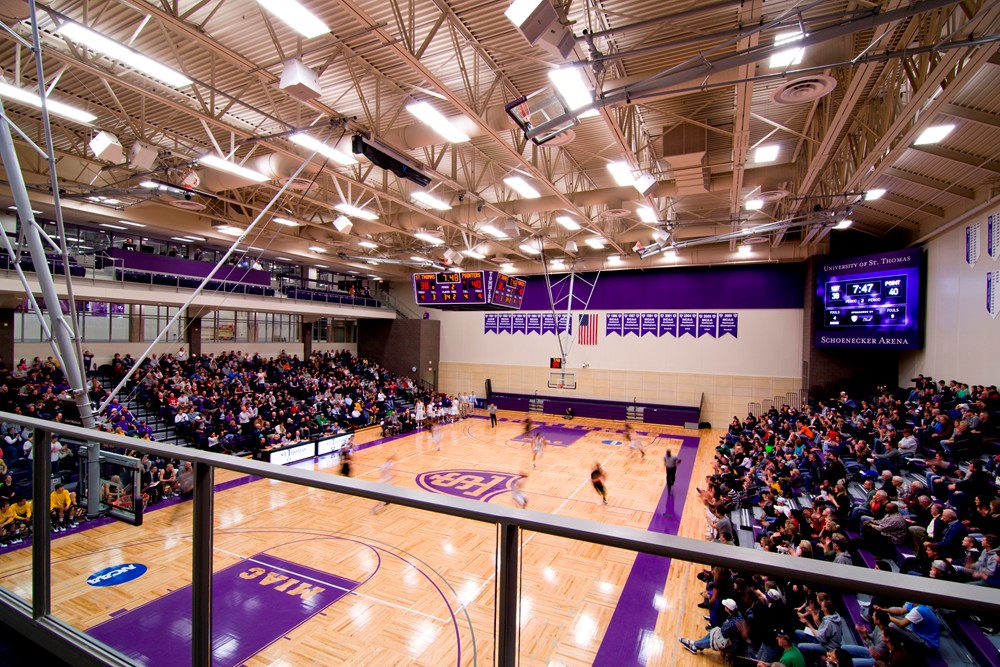 The 4 panels from the previous scoreboard are stacked-up in the East Arena.
Top
Post Reply
7 posts • Page 1 of 1