Going in where Chapman's Bookstore used to be. WIU has an eSports "team" (it's a club team currently), but the sport itself is growing quickly and some schools have started offering scholarships just like traditional sports.

This sounds like a good investment. I've never been a video game fan, but most kids today live for their games. Hopefully this will drive some more kids to choose WIU. And then hopefully they don't flunk out from being in the gaming Center all the time!

GV Dad wrote: ↑Mon Apr 19, 2021 9:54 am This sounds like a good investment. I've never been a video game fan, but most kids today live for their games. Hopefully this will drive some more kids to choose WIU. And then hopefully they don't flunk out from being in the gaming Center all the time!

Worldwide it's pretty huge. The 2018 League of Legends (LoL) Mid-Season Invitational took place from May 3rd to 20th, had 60 million unique viewers who watched a total of over 2 billion hours. The 2020 Dota 2 "The International" tournament had a prize pool of over $40 million that was awarded to competing teams.

In-person, big events can fill large indoor arenas, like the LoL World Finals in 2013 which brought 12,000 fans to the Staples Centre in LA:

And the LoL World Championships in 2017 was held in the Olympic Bird's Nest arena in Beijing in front of 40k+ people: 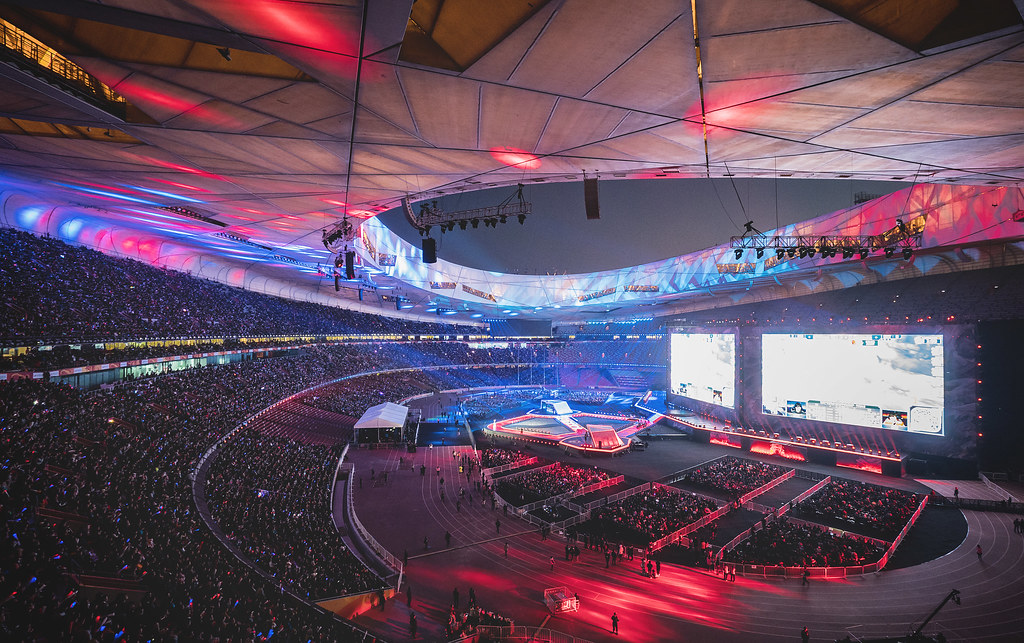 Of course, all of that is at the "top level" of esports, essentially the Super Bowl or World Cup Finals of the sport, but high schools are starting to offer it as an extra-curricular activity and I could see a time when colleges could have esports events that have more students attending than most of the regular athletics events, or a college hosting HS esports tournaments for area HS teams.

Having a space like the digital rec center helps us to get a "foot in the door" with a lot of HS students who are interested in esports.

People will always be passionate about things they can relate to because they themselves have experienced it from an actual participation perspective. I feel the same way about billiards (aka pool). I have travelled to a few womens9-ball tournaments (not so much anymore with covid and other obstacles in play) and been in the audience while the ESPN cameras were rolling. Always went for the entire tournament and got a table-side seat to watch and chat with the players. Snooker is a huge arena draw in across the pond in the UK. I love to watch snooker on the computer when the matches are televised. Snooker is to 8/9-ball what chess is to checkers. I was fortunate to grow up in a small town with a pool hall that had one big snooker table in it. When snooker was not being played, the local farmers would come in and shoot a game of "Golf" on it. Needless to say, those farmers took very long lunch hours and that one multiplayer game could easily last a couple of hours.

So what is wrong with football and other major sports today? Easy. So few people ever get to actively participate in them.
If Jimmy V was a programmer like me, he would have said it like this: while (!(succeed = try()));
Top
Post Reply
4 posts • Page 1 of 1