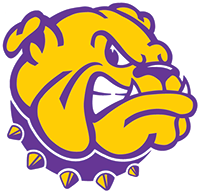 South Dakota State is currently 3-1 this season. They started things off with their only defeat of the year, a 7-3 defensive slugfest against the University of Iowa (where the Hawkeyes were held out of the end zone...the 7 was a FG and 2 safeties). They then hosted UC Davis, winning 24-22, and Butler, winning 45-17. Last weekend they hit the road to open MVFC play at Missouri State, grabbing the first lead, which MSU then tied up late in the 3rd, and then pulling away in the 4th to win 28-14.

Here's the statistical comparison between the two teams. It's not looking pretty for the Leathernecks in most categories.

Rankings
Sagarin Ratings (includes all 261 DI teams): WIU is #214, SDSU is #79
Massey Composite: WIU is #99, SDSU is #2
Massey Ratings gives us an 8% chance of winning this game, with a predicted score of 38-13 for South Dakota State. Honestly I think we'd be lucky to keep it that close.

The Jackrabbits will likely pull some starters IF the game margin is large.  USD and NDSU are on the schedule after this game.  The defense for SDSU has been stingy overall.  This is the first afternoon game in Brookings.  The temps are expected to be in the mid 70's with low humidity and the early call is 13mph SE breeze.  Hopefully the crowds continue to show up for this game.  This is the first season for alcohol sales at the football stadiums at public universities.
Top

Have any of our freshman redshirts seen any action yet?  They get 4 games for free, right?  If this one gets out of hand early, this would be a good game for them to see some action (after their starters are pulled, of course).  Get them used to playing before a big noisy crowd.

That is correct. They can now play in up to 4 games in a season and still consider it their "redshirt" year.

Based on current stats and training from last year stats and results, here is the Neural Net prediction:

Best I can hope for is an injury-free game for the 'Necks. We are going to get slaughtered. We're not pounding the rock, we're pounding sand.

From our depth chart, what exactly is the "MB" position on offense.  Does not seem to be that common.  The only thing I can think of is "Motion Back" or "Middle Back".  Seems like it has some relationship to the Tight End position based on who is listed.

Tough road trips for the boys. Not too high expectations going in. Just want to see progress
Top

Do we have a OC? Who is calling the offense? This is something that must be addressed.
Top

Nothing against Bruno being the QB, but if that's the direction, we need to be running with him.  If we're going to be airing it out, not sure he's our guy.